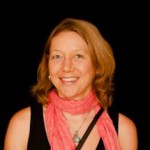 I am a qualitative health researcher, with training in the social and political sciences, bioethics, journalism, and literary criticism. I love to collaborate on creative trans-disciplinary research and knowledge mobilization projects, with colleagues from faculties of science, medicine, arts, and education. The socio-cultural, ethical, and policy dimensions of emerging health technologies – notably genome science, human tissue biobanking, assisted reproductive technologies, international surrogacy and gamete donation – have been focal research areas to date.

Ethnography, deliberative democracy, theories of narrative and discourse, digital storytelling, and arts-based approaches – especially poetic inquiry – all shape my work methodologically, along with traditional tools such as interviews and focus groups. I am driven to innovate through inclusion – of oppressed voices, marginalized perspectives, and alternative forms of knowledge. And I am increasingly drawn to action-research, seeking partnerships with clinicians and organizations to advance the bio-psycho-social-spiritual health of individuals and communities.

Recently, I am excited by interpersonal neurobiology and human attachment, research on parent-child relationships, narrative approaches to trauma, bio-psycho-social approaches to mental health and addiction, trans-disciplinarity, and the arts in research and knowledge mobilization.

This research was begun as a SSHRC Banting Postdoctoral Fellow in Sociology at UBC. It entwines the literary arts with methodological innovation in qualitative research, and conceptual frameworks from bioethics, medical sociology, and anthropology – in an effort to understand and evoke the rapidly shifting terrain of Canadian reproductive tourism, and transnational egg donation. The research involved analysis of online discussion forums and in-depth interviews with clinicians, policymakers, medical tourism agents, scholars, and Canadian women traveling to Mexico for third-party eggs. ‘Found poetry’ became central to this project, during a creative writing collaboration with Professor Susan Cox and Professor Carl Leggo at UBC. From a deeper listening to participant stories, to evocative research outputs that engage both heart and head – poetic inquiry proved to be a space of uncommon innovation, energy, critical power, and beauty.

Genomic citizenship: The design, facilitation, and evaluation of a deliberative public consultation about biobanking in British Columbia (2005-2010)

This ESRC-funded PhD research was conducted at CESAGen (Lancaster University, UK) and supervised by Professor Brian Wynne, Dr. Paul Oldham, and Professor Michael Burgess. The research was conducted as a Visiting Fellow at the Centre for Applied Ethics at UBC, and as a member of an interdisciplinary team working on the Genome Canada-funded Biobanking in BC project. This was a paradigm-shifting project, using theories of deliberative democracy to engage the BC public in empirical bioethics and policy around biobanking. My doctoral thesis interwove democratic theory, bioethics, STS, cultural poetics, and Laclau’s discourse theory to develop a methodology of ‘deliberative witnessing’ in public engagement with an emerging and ethically contentious technology.

Genomics, ethics, and social justice: Laying foundations for a study of biobanks and  benefit-sharing in Canada (2003-2004)

This ESRC-funded Master’s research was supervised by Professor Ruth Chadwick (CESAGen, Lancaster University) and applied theories of social justice to develop a ‘three-tiered framework’ for the just compensation of participants in genomics research.

I have worked as a writer, editor, and public/stakeholder engagement consultant for Mayo Clinic, Public Health Agency of Canada, City of Vancouver, Genome BC, Planned Lifetime Advocacy Networks (PLAN), Vancouver Coastal Health, UK Institute of Development Studies, and UBC Graduate School of Journalism. In a past life I was a staff writer for Internet Magazine, the website editor for Greenpeace UK, and a freelance journalist for The Independent and Independent on Sunday newspapers, all in London, UK.