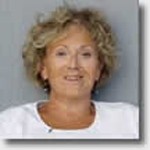 A primary focus is the relations between biomedical science and public policy, investigated by means of case study research methods that combine qualitative, historical, and quantitative approaches to data collection and analysis. Traditions from science studies, policy studies, social theory, organization studies, and applied ethics inform the interdisciplinary interpretations and analyses that frame the work. Of particular interest are three related areas: (i) the practices of ‘boundary organizations’ that govern and fund research at the intersection of the public/private and basic/applied divides; (ii) individual and institutional conflicts associated with the commercial translation of publicly funded biomedical research; and (iii) what constitutes ‘the public interest’ in these matters.

As a condition of funding, most large-scale scientific projects are required to begin translating basic research results into clinical practice and/or commercial profit. (‘Bench to bedside’ and ‘lab to market’ respectively.) While some basic scientists welcome this opportunity, the majority remain reluctant to exploit the practical implications of their work, appealing to longstanding norms that differentiate discovery and utility. (This stance can create an ethical bind when work is funded by programs oriented to social and economic benefit.) If we accept that translating basic discoveries into effective therapeutic interventions serves the public interest, it seems legitimate to tie research funding to translational goals. At the same time, to be effective, such a policy goal requires the buy-in of researchers. It seems important, therefore, to empirically identify what factors enable and constrain the willingness to engage in translational work. With GE3LS funding from Genome Canada (Competition III), Dr Atkinson-Grosjean is investigating the socio-cultural, institutional, political-economic, and ethical influences that together shape scientists’ attitudes towards translational requirements. By means of an in-depth case study of a large-scale, international genomics project (The Pathogenomics of Innate Immunity: PI2), Dr. Atkinson-Grosjean will attempt to develop an evidence-base for ethically informed policy and debate.

Ethicality and the genomic order

States invest in big science for strategic purposes, whether to gain military or economic advantage, international prestige, or social benefits. Supersonic flight, nuclear power, particle accelerators, and the space shuttle are the big science projects of the past. Today, research in genomics attracts a similar scale of financial, material, scientific and human resources. These investments are funded and governed, or ‘ordered,’ through isomorphically similar bodies in nations as disparate as Chile, Canada, Spain, the UK, the Netherlands, and Australia. This paper focuses on ‘the genomic order’ in Canada.

As in other countries, Canada’s public sector has been subject to the market-based reforms of New Public Management. One effect has been to redirect program delivery and funding from the public service to arm’s-length agencies. In the funding and governance of research, such ‘boundary organizations’ have become particularly ubiquitous. Established in 2000, Genome Canada and its six regional agencies are prime examples. Charged with fast-tracking Canada’s late entry into genomics, they were given lump-sum, multi-year budgets but incorporated as private corporations (non-profit) rather than as traditional Research Councils. Neither truly private nor fully public, these organizations stand outside conventional frameworks of governance and accountability. Although private companies, they answer to no shareholders. And although publicly funded, they escape normal mechanisms of oversight (such as scrutiny by the legislature and the Auditor General, and Access to Information provisions.)

With more than a billion dollars in research funding, derived predominantly from public sources, such lack of accountability seems to confound conventional understandings of ethicality and stewardship. Using Genome Canada as a case example, the research examines boundary organizations in general, and the ordering of genomics in particular, and asks what would constitute an appropriate ethical framework for such agencies.

In collaboration with Kristiann Allen, of the BC Research Institute for Children’s and Women’s Health, and Garnet Grosjean, of UBC’s Centre for Policy Studies in Higher Education and Training, Jan studied the introduction in a hospital-based research centre of a novel form of citizen engagement with science, and scientific engagement with citizens. MiniMed Schools are a type of ‘civic science’ through which Research Hospitals reach out to their local communities. They are highly popular wherever introduced. The study asks what factors contribute to the favourable public reception, and about the organizational drivers for these programs. The goal would be to apply what is learned from the Mini-Med School model to other, more contentious, arenas of public engagement in science and technology. The team presented a background paper with initial results at the 4S/EASST conference in Paris, in Fall 2004 (for conference abstract see http://www.csi.ensmp.fr/csi/4S/abstract/abstract_papier.php?numero=365). The paper is being revised for journal submission.

Meaningful dialogue with citizens is important if scientists, funders and policymakers are to achieve and maintain public trust and approval. This is especially the case in what are perceived as ‘frontier sciences,’ such as genomics. With Mike Burgess, Jan analyzed the results of a series of focus groups conducted under the Centre’s Democracy, Ethics, and Genomics project. Results were incorporated into a paper designed to provide genome researchers and funders with a sample of public hopes and concerns about genomics.

KT is the process that transfers research results from knowledge producers to knowledge users for public benefit. Jan studied KT in interdisciplinary health research teams and community health-research alliances in collaboration with RÃ©jean Landry, PhD, of Laval University, PQ and Judy Birdsell, PhD, a senior health policy consultant from Alberta. The study team produced a report in June 2002 (Knowledge Translation in Two New Programs: Achieving the ‘Pasteur Effect’). In March 2003, she helped facilitate CIHR’s technology-enabled knowledge translation workshop in Vancouver and co-authored the ‘Accelerating Policy Translation’ section of the joint publication emerging from the workshop. She and her co-authors published Knowledge, Translation, and Technology: Accelerating Prospects for Evidence-Based Policy in July 2004, through the online Conference on Cardiovascular Health. (Follow links to ‘commentary’ and ‘by year’ from http://www.procor.org). She is currently completing an article for Science, Technology and Human Values on translational medicine.

For the past two years, Dr. Atkinson-Grosjean has designed and delivered Genetics and Ethics (MEDG 535/ INDS 502K) a one-semester graduate course covering ethical and social issues relating to research and clinical practice in medical genetics and genomics. Primarily directed to graduate students in the master’s program in genetic counseling and residents and clinical fellows in medical genetics, the course adopts a case-based approach to help students develop basic skills in practical moral reasoning and bioethics. Readings and discussions situate questions of practice within broader social and political debates. Earlier, Jan co-designed and co-taught a two-semester interdisciplinary graduate course: Spaces of Interdisciplinarity: Science, Technology, and Discourse (INDS 502I) with Rhodri Windsor-Liscombe and Charles Barbour. At the senior undergraduate level, she has guest lectured in courses such as Ethical Issues in Science (Biology 442), Microbes and Society (Biology 346), Technology and Society (APSC 261), and Science and the Humanities (ASTU 400A).

As a Research Associate of Simon Fraser University’s Centre for Policy Research in Science and Technology (CPROST), Jan served as book review editor of the international, peer-reviewed journal Science and Public Policy from 2002 through 2006.

Changes in Academy/Industry/State Relations in Canada: The Creation and Development of the Networks of Centres of Excellence (with D. Fisher and D. House). Minerva: A Review of Science, Learning and Policy, Vol. 39, p299-325 (2001)

Illusions of Excellence and the Selling of the University: A Micro-Study, Electronic Journal of Sociology, Vol.3, Number 3 (1998)

Consciousness, Complexity, and Self in Postmodern Times. World Futures: The Journal of General Evolution, Vol.46, p253-267. (1996)